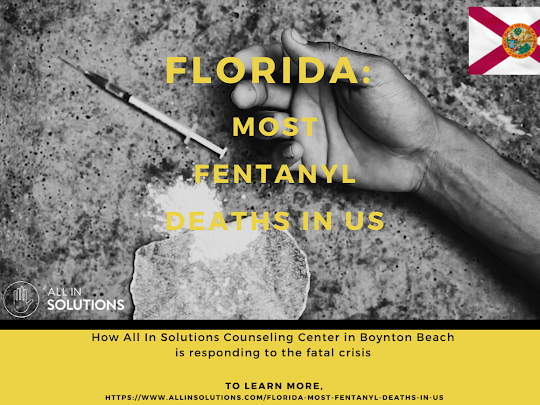 According to data from the Centers for Disease Control and Prevention, illicit fentanyl mortality topped 64,000 last year, according to a report performed by Families Against Fentanyl (CDC). And, of all the states with a problem, Florida's fentanyl deaths are possibly the most concerning.

Last year, Florida lost more people to illicit fentanyl than any other state in the US, with 5,161 people dying as a result. Last year, Florida not only had the highest total fentanyl deaths, but it was also in the top 20 states in terms of fentanyl deaths per capita. A study titled "Fentanyl: The State We're In" was released on February 28. The most recent 12-month period for which CDC data was available at the time of research, which concluded in May 2021, is referred to as last year's data.

Families Against Fentanyl also revealed that illicit fentanyl deaths in Florida had increased by 2.3 times since 2019.

Florida is one of only 30 states with an overdose increase of over 200 percent in the previous two years. Deaths among teenagers are on the rise at an alarming rate. Fentanyl-related mortality among teens in the United States has more than doubled in the same time period. The number of black youths poisoned by fentanyl has increased by fivefold.

The increase since 2015 has been even more astounding. Since then, fentanyl-related deaths have surged by 547 percent in the United States and 746 percent in Florida. Fentanyl has claimed the lives of nearly 16,000 people since then.

The growth in fentanyl being used to make bogus pills, according to James Rauh, founder of Families Against Fentanyl, is to blame for part of the increase in fatalities. "The fentanyl epidemic is worsening, not improving." Fake pills laced with lethal doses of fentanyl are springing up all over the place. It's in counterfeit Xanax and Percocets, as well as cocaine and ecstasy. "A single drug has the potential to kill," Rauh added.

Dr. Roneet Lev, a former White House official in charge of the Office of National Drug Control Policy, has encouraged policymakers to combat the fentanyl issue "with the same enthusiasm and tactics that we address the coronavirus." He has observed several fentanyl overdose deaths as an emergency physician, in both drug users and unwitting children and others who came into touch with the poison by mistake. 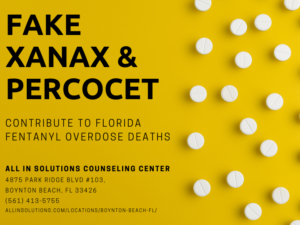 "Anyone who works in addiction treatment will agree that the increase of fentanyl overdoses we've seen in the community is extraordinary," said Albert Zingariello, LCSW, of the Boynton Beach facility. He went on to warn that Florida, in particular, has been heavily struck. "Because we have such a vibrant and involved alumni group, we are inevitably notified when one of our former customers fatally overdoses." We are taking initiatives as a treatment center to better assure the safety of our current and former patients. Our employees are all well-versed in the use of Narcan and how to respond to an overdose. Our alumni staff works relentlessly to keep former clients involved in their rehabilitation. And, while patients are in our care, we're focusing our efforts on educating people about the hazards of fentanyl, particularly phony pills," Zingariello added.

More from All In Solutions Counseling Center in Boynton Beach, Florida: https://floridadailynews.xyz/2022/03/27/alcohol-rehab-near-me-boynton-beach-florida

All In Solutions Counseling Center